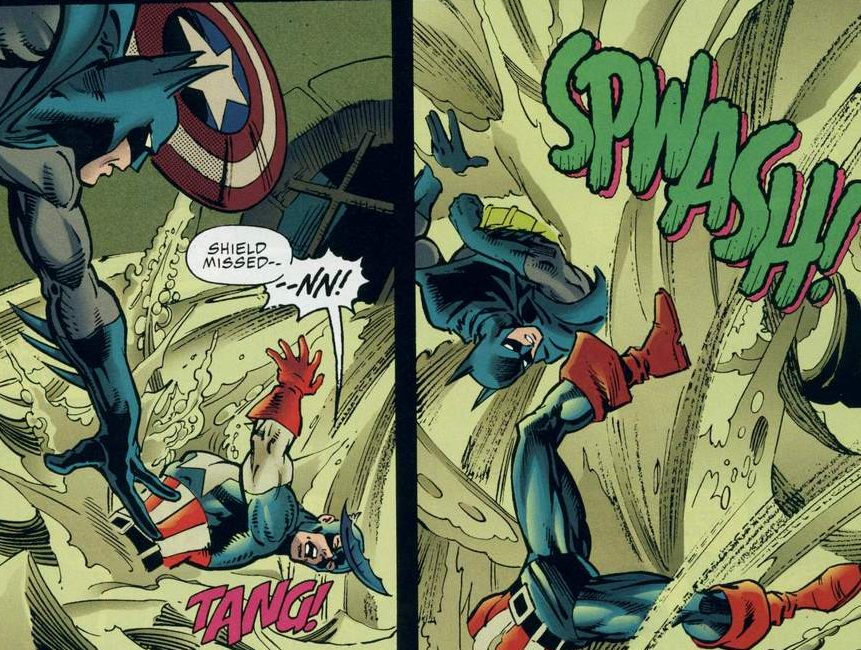 Visit our product review for “DC Versus Marvel TP”.

SYNOPSIS FOR “ROUND THREE”

In order to determine whose universe lives, the Brothers have chosen champions from each universe to do battle. As the contests continue, two superheroes must face off.

Their battle to save their universes.

IN DC VS MARVEL

Enter the two contestants underwater. On the left side is Batman, the Dark Knight and on the right side is Captain America, the Super Soldier.

CHECK OUT THE ACTION: SUPERMAN VS HULK (DC VS MARVEL).

In the Manhattan sewage system, Batman and Captain America are fighting.

The battle to decide who is the greatest martial artist!

A FAN OF DC VS MARVEL COMICS? SUBSCRIBE TO OUR NEWSLETTER TO RECEIVE THE LATEST POSTS ON YOUR FAVORITE HEROES.

The comic was written and penciled by Joe Simon and Jack Kirby.

8 thoughts on “Battles Of The Week: Batman vs Captain America (DC vs Marvel)”