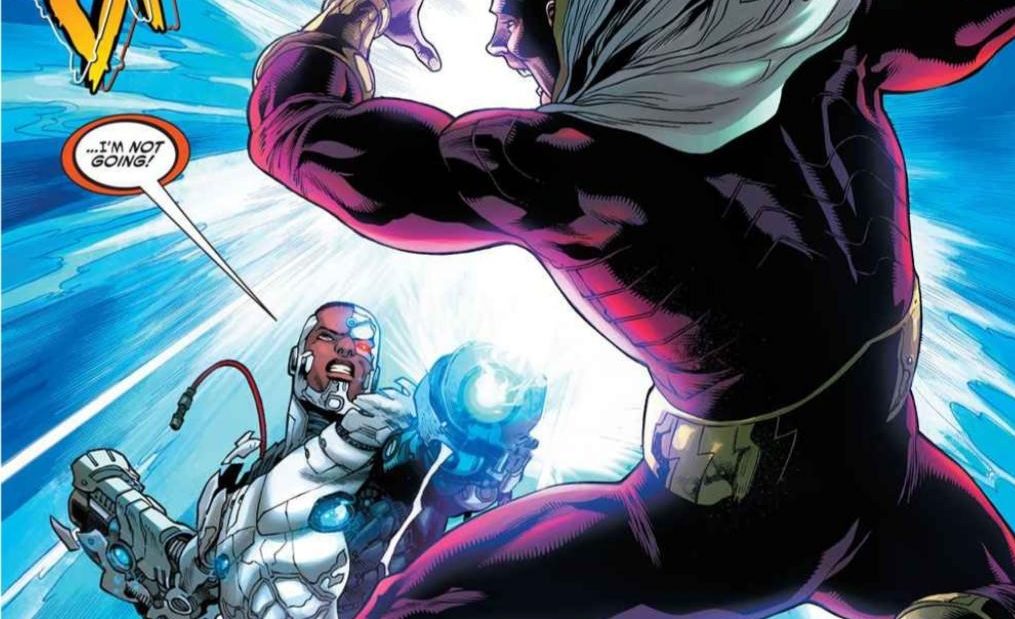 #WEDEFENDCYBORG AND THE INTELLECTUAL RIGHTS OF INVENTORS

In ‘Cyborg’ (2016) #9, Cyborg turns himself in due to the Federal Cybernetic Registration Act. At the JLA Watchtower, Cyborg convenes a meeting with Superman, Batman, Wonder Woman, Aquaman and Shazam. Imminently, the Federal Cybernetic Regulation Act will pass in Congress. After the Technosapien Invasion, anyone infected with cybernetic enhancements will be detained indefinitely. Under so-called National Security, their tech will be made to comply. As Aquaman states, it is a means of control. To this end, #WeDefendCyborg and the intellectual rights of inventors.

At the Batcave, Cyborg hacks into N.S.A. databases to find the concentration camps. There, he finds three locations off the grid operated by a company called Cyber-Tech. No wonder, Cyber-Tech is lobbying for the legislation. In the draft, the same company will outfit every detainee with a standard Remote Access System Override Sequencer. In other words, Cyber-Tech will replace Cyborg and others with their standard microchip. At Amnesty Bay, Cyborg reveals his plan to turn himself in to federal agents. In fact, Cyborg knows his body will be disassembled and his tech reverse-engineered.

At Amnesty Bay, Cyborg makes a revelation to his friends. In fact, he hasn’t shared his secret with anyone yet. Since he trusts them, Cyborg shows them he has become fully human. In fact, his tech has evolved to re-grow Victor’s body fully. Now, the boundaries between man and machine have been blurred.

Before, Dr. Silas Stone had intellectual rights over Cyborg since he invented his tech. Now, with Cyborg fully human, he can no longer be considered a machine. Indeed, he is Victor Stone. Nevertheless, Victor complies since he plans to infiltrate Cyber-Tech and find out their operation.

AGAINST CYBORG: IN A RUSE, CYBORG FOUGHT FELLOW JLAER SHAZAM

But, resisting arrest would diminish Cyborg’s status as a Justice League member. In fact, given the nature of his tech, it would make Cyborg “Public Enemy #1.” Officially, a potential conflict between the government and the Justice League.

3 thoughts on “Under-Appreciated Heroes/Villains: In ‘Public Enemies,’ #WeDefendCyborg’s Decision To Turn Himself In To The U.S. Government.”