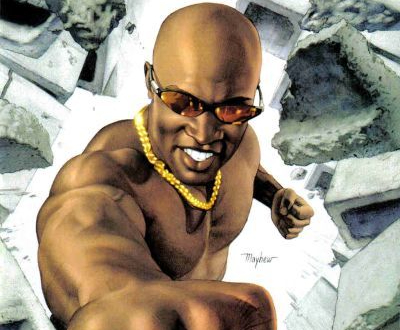 Initially, Marvel introduced their superstar heroine Jessica Jones with the adult Mad Max series ‘Alias’. In a few words, Jessica is a retired superhero that developed a romantic relationship with Luke Cage. Moving forward, ‘The Pulse’ showcases Jessica Jones’ pregnancy with Cage as the father.

AT CBR.com, Brian Cronin lists “The Greatest Luke Cage Stories Ever Told!” On his list, Mr. Cronin recommends “The Pulse: Fear” as the top Luke Cage story. Chiefly, “The Pulse: Fear” shows why Brian Michael Bendis may be the most versatile writer at Marvel. Previously, Bendis worked on the Marvel Ultimate titles such as ‘Ultimate Spider-Man,’ ‘Ultimate X-Men,’ and ‘Ultimate Fantastic Four.’ Bendis’ work on “The Pulse: Fear” reveals the greater maturity of the subject matter. What makes the series work is that its two protagonists are real people with real problems. In addition, the Marvel superhero community is portrayed in a supportive light.

To sum, the art, the plot and the dialogue have a realistic and grounded feel. Together, these elements make for an enjoyable coming-of-age experience. In the end, the characters mature and their relationships become more authentic. Definitely, ‘The Pulse’ is essential Luke Cage and Jessica Jones, and belongs in your Luke Cage collection.

A FAN OF THIS STORY? CLICK ON “The Pulse Vol. 3: Fear” BELOW TO PURCHASE THE COMIC ON AMAZON.

In 2005, Brian Michael Bendis and David Finch gave the Avengers a fresh new look. After “Avengers: Disassembled,” the Avengers disbanded. Then, Marvel gave us the New Avengers joined together by fate.

Like the former Avengers team, the New Avengers formed to take on a threat that no member could take on their own. Centrally, the plot is tight and focuses around capturing the villain responsible for the Raft prison breakout. The new Avengers team is not SHIELD-backed by Director Maria Hill.

Thematically, the New Avengers are a street-team. To this end, their members are: Captain America, Iron Man, Spider-Man, Spider-Woman, Luke Cage and Wolverine. Particularly, Luke Cage grounded the team and is a vocal member. What makes the team work, is the fact it is free of politics and mainly seeks to get the job done.

While this is not a Luke Cage story, it is important. Eventually, Luke Cage leads the 2010 version of the New Avengers after Cap is arrested and apparently killed during Civil War. Definitely, ‘New Avengers’ belongs in your Luke Cage collection.

A FAN OF THIS STORY? CLICK ON “New Avengers, Vol. 1: Breakout“ BELOW TO PURCHASE THE COMIC ON AMAZON.

CHECK OUT THE REVIEW: ’80s HE-MAN AND MASTERS OF THE UNIVERSE STORYLINES RANKED FROM BEST TO WORST.

Story-wise, there is a subversiveness that persists over the lobotomy of Nick Fury’s Secret War team. To begin, Luke Cage is in Mount Sinai Medical Center after an attack in retaliation for the Secret War. In his anti-terrorism war, Nick Fury is willing to go to any lengths. Indeed,the US government would not take action on Latveria-funded terrorist activity in the United States. Simply, Colonel Fury creates a secret team comprising of Captain America, Spider-Man, Daredevil, Luke Cage, Nick Fury, Black Widow and Agent Daisy Johnson.

In the end, the heroes come out on top. Without a doubt, Luke plays a minimal role in the story. Nevertheless, this belongs in your Luke Cage collection.

LIKED MY E-BOOK? WRITE A REVIEW ON AMAZON.

To begin, Bendis’ ‘New Avengers Annual’ #1 celebrates Luke Cage’s and Jessica Jones’ marriage. On the day Jessica accepts Luke Cage’s marriage proposal, they are attacked by a false version of Black Widow. If anything, the heroes’ banter are characteristic of Bendis. Moreover, their quips serve as battle intros.

Definitely, ‘New Avengers Annual’ #1 ranks as one of the greatest Luke Cage stories.

DO YOU READ COMICS? EVENT