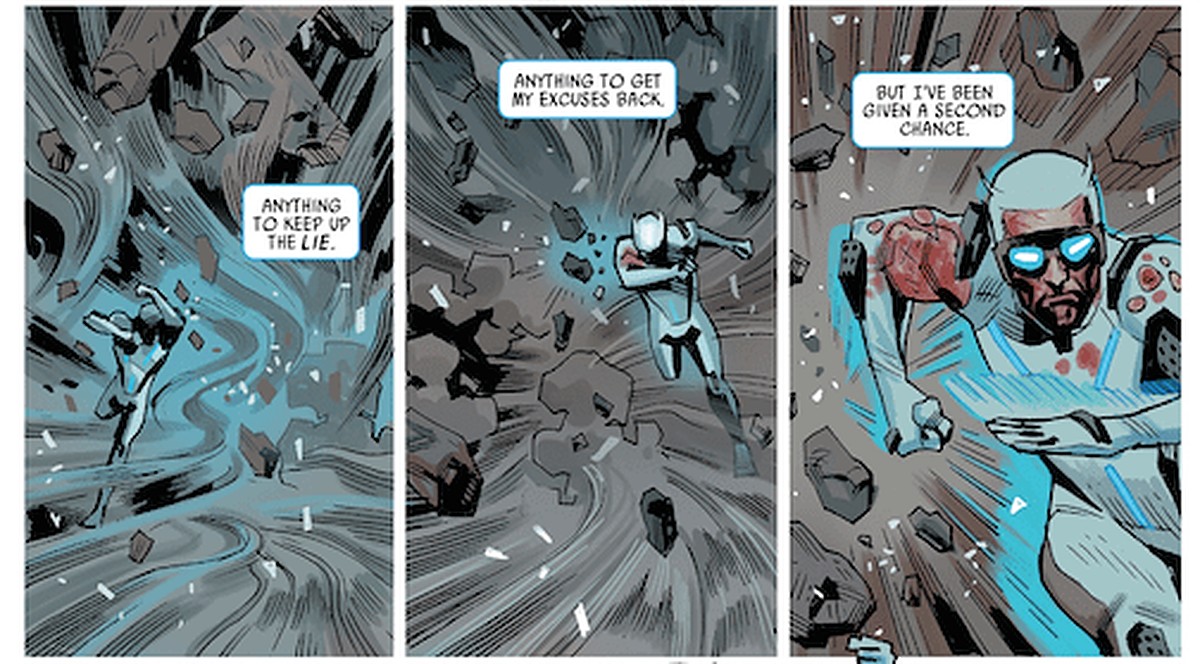 For the full battle, click on the Amazon product image below to purchase Uncanny Avengers Vol. 1: Counter-Evolutionary (Uncanny Avengers (2015)). Visit our product review.

Enter the contestants in Lowtown, on Counter Earth. On the left side is Quicksilver and on the right side is High Evolutionary.

Indeed, the battle to decide who is the most evolved!

A FAN OF THE AVENGERS AND MARVEL COMICS? SUBSCRIBE TO OUR NEWSLETTER TO RECEIVE THE LATEST POSTS ON YOUR FAVORITE HEROES.

Amazingly, the comic was written by Stan Lee and penciled by Jack Kirby.

NEXT BATTLE OF THE WEEK: PUNISHER VS NIGHT THRASHER. NOVEMBER 18TH.

2 thoughts on “Battles Of The Week: Quicksilver vs High Evolutionary”