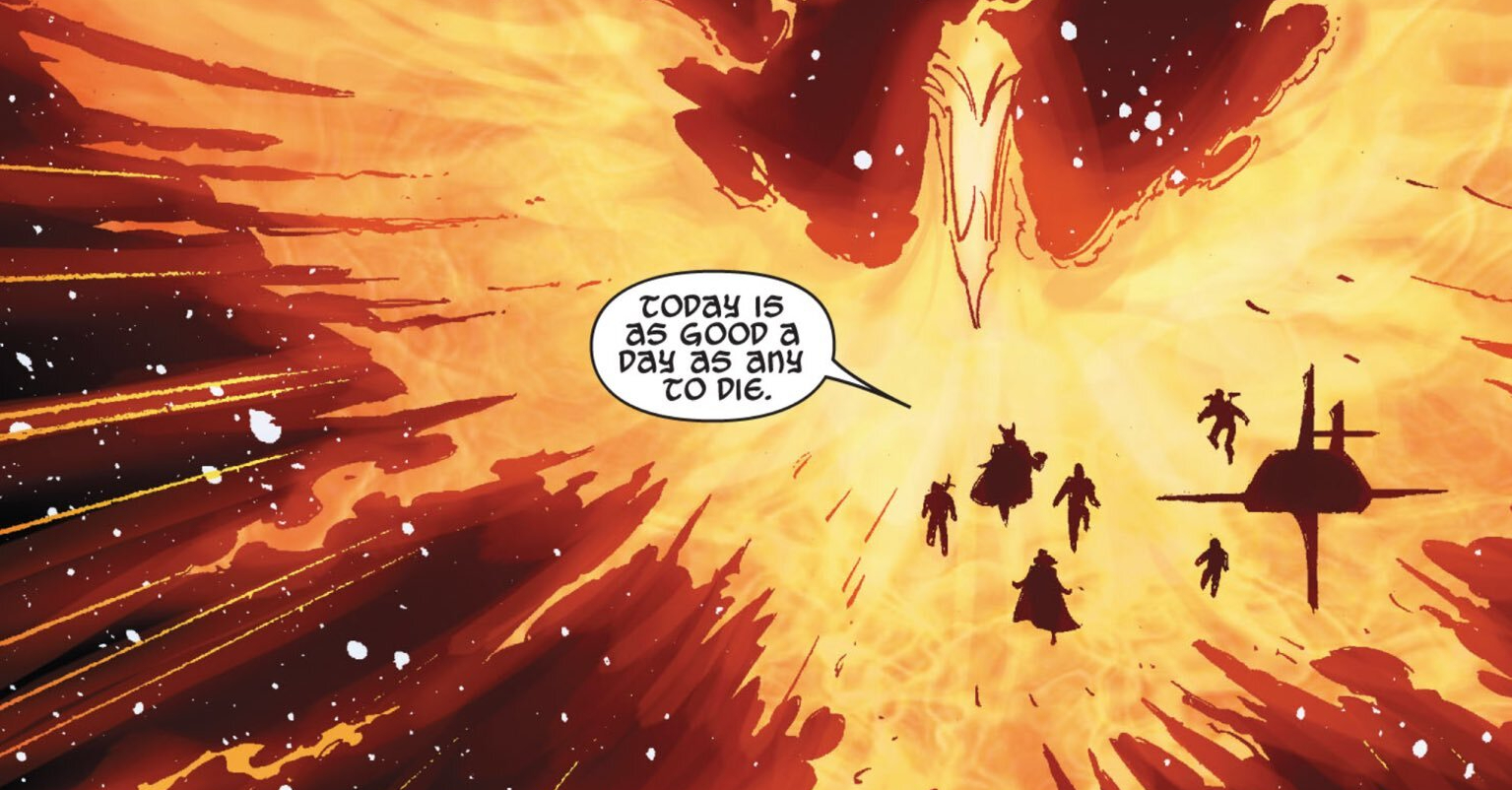 Home » Comics » Super Power: In AvX, Cyclops And The X-Men Match The Avengers In Raw Power

IN Squads, Teams And Leagues

In Avengers vs X-Men (2012) #2, the Phoenix returns to Earth for Hope Summers. At the White House, Iron Man and Captain America brief the President. In a recent event, Nova crash landed on Earth. In fact, he came to warn the Avengers that the Phoenix was returning to Earth. That same day, there is a Phoenix sighting.

At Utopia, Cyclops is training Hope Summers harder than ever for Phoenix’s arrival. When Cyclops pushes her to her limits, Hope manifests the Phoenix. Later that day, Captain America and the Avengers come to take Hope into protective custody. But, Cyclops refuses. In one optic blast, the Avengers vs X-Men fight is on!

A FAN OF THESE SUPERHERO TEAMS? CLICK ON “Avengers vs. X-Men” BELOW TO BUY THE pAPERBACK COMIC ON AMAZON.

Really, Cyclops and Captain America are the two best leaders on Marvel Earth. Generally, they are alpha males that command attention. When they met head-to-head, energy projection was the main factor in Avengers vs X-Men (2012) #2. Without a doubt, the Alpha-Mutant vs the Super-Soldier. Indeed, Cyclops’ optic blasts proved devastating. Though, Cap proved more than capable of handling them. In Civil War: X-Men (2006) #4, Iron Man measured Cyclops’ power output to 2 Gigawatts. Enough to level a city block!

In their match-up, Colossus and Red Hulk seemed evenly matched! Colossus’ organic steel can dish out a Planetary-Level punishment. Just ask the Juggernaut! However, Red Hulk simply is in a league of his own in terms of super strength. In our Marvel Universe Strength Hierarchy, we ranked Red Hulk’s most notorious feat: Punching out Uatu the Watcher! Certainly, it was a Galaxy-Level feat! Definitely, we look forward to these two powerhouses duking out some more.

Among the X-Men and Avengers, Emma Frost and Iron Man are among the most dangerous. In addition, they are also the most resourceful in terms of energy projection. Particularly, Emma Frost is an Omega-Class Telepath. During their encounter, Iron Man recognized the threat. Incredibly, he hit Emma with 17,000 Microscopic Telepathic Tasers. Ouch! In response, White Queen switched to diamond form and punched Iron Man in the abdomen. Soon, the fight ended with Magneto’s intervention. Though, Emma Frost proved to be more than a match for Iron Man’s hi-tech.

In their family reunion, Magneto and Quicksilver were outmatched in super speed. Indeed, Quicksilver proved superior combat speed landing a punch. At the same time, Magneto’s EM Sight allows him to perceive electromagnetic forces and energies on Earth. In part, it explains Magneto’s enhanced perception and his ability to track speedsters. In Vision and the Scarlet Witch (1982) #4, Magneto is able to show heightened reflexes. Reactively, he erects a force field as Quicksilver charges at him at high speed. Though, Quicksilver beats him in raw power speedwise. Nevertheless, both Magneto and Quicksilver are in the same Speed Class.

In the Marvel Universe, if Namor gets respect, Thing continues to be underrated. With these two, super strength is all that matters. Bombastically, Namor has tangled with Hulk, Hercules and Luke Cage over the years. In fact, Namor’s overwhelming super strength and brutality always seem to come out on top or draw. For his part, Thing once withstood and pushed back a hydraulo press that could press a planet. Together, these two powerhouses have super strength on a planetary scale. In the super strength department, they are evenly matched.

15 thoughts on “Super Power: In AvX, Cyclops And The X-Men Match The Avengers In Raw Power”