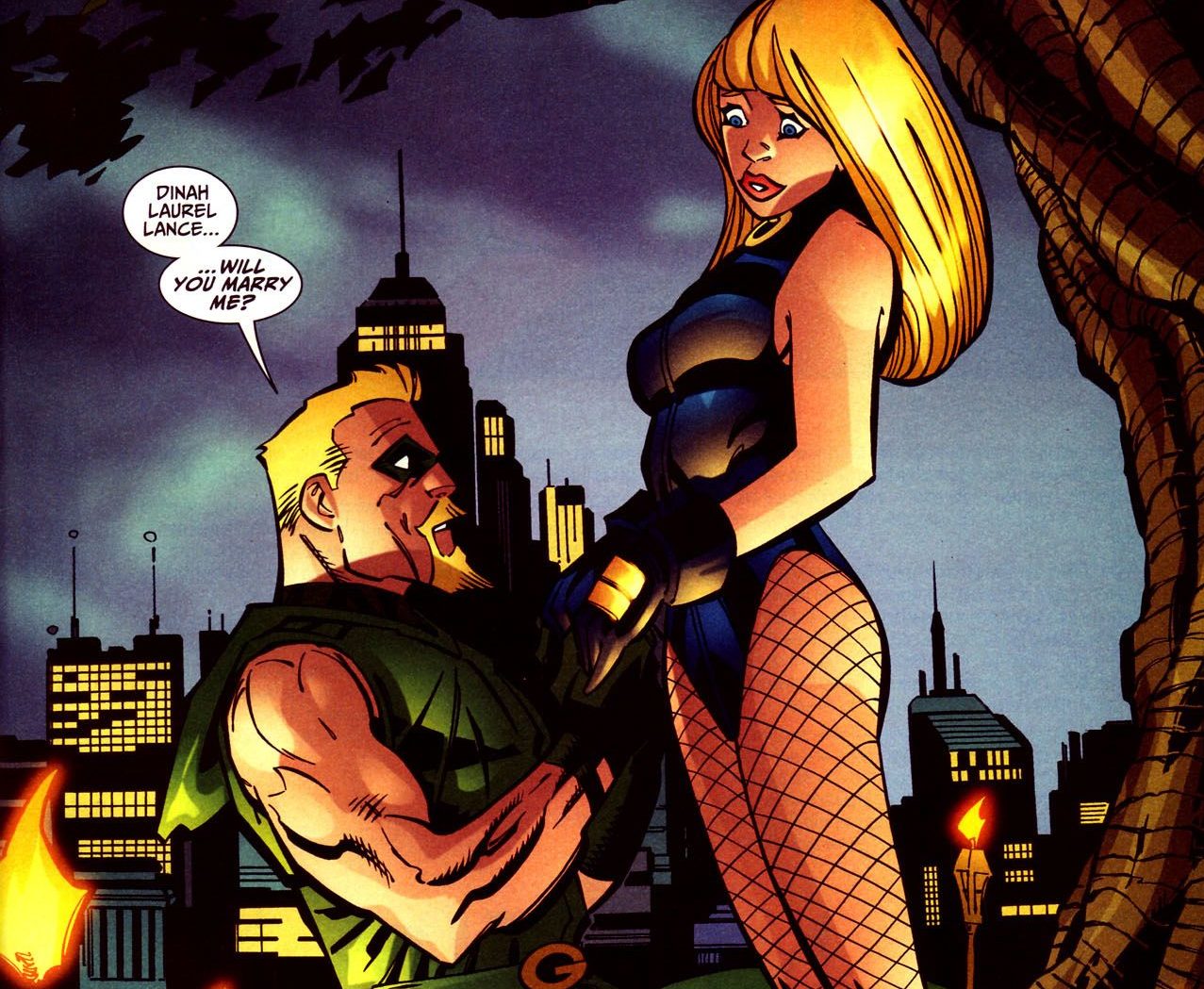 On DC Earth, few couples have had as rocky a relationship as Green Arrow and Black Canary. In Green Arrow: The Longbow Hunters (1987), Ollie asks Dinah to marry him. To begin, Oliver and Dinah have recently re-located from Star City. Moreover, Ollie bought a home in Seattle.

Recently, a serial killer called “The Seattle Slasher” has surfaced. Worryingly, Ollie is concerned he may not always be Green Arrow. For this reason, he asks Dinah to marry him. Decisively, the heroine rejects his proposal as she is worried about bringing into their crime-fighting lives and is happily satisfied with their relationship.

DINAH LOSES HER SONIC CRY AFTER BEING TORTURED; LATER, OLLIE IS KILLED

In Green Arrow: The Longbow Hunters (1987) #2, Black Canary is tortured. After Dinah investigates a lead on the cocaine trade, she is captured. Fortunately, Green Arrow is able to track and locate her. In a warehouse by the docks, Dinah is being tortured. With the help of the mysterious Shado, Ollie rescues Dinah.

In the following Green Arrow series, Dinah becomes a supporting character for Ollie. During the series, Dinah never uses her sonic cry as a result of the torture. During that time, she quits Justice League International. When she believes Oliver cheater on her, she break up with him. Before the couple can re-unite, Ollie is killed in Green Arrow #101 helping Superman save Metropolis.

CHECK OUT THE STORY: Scheming To Recruit Jessica Cruz, The Doom Patrol Attempted To Lobotomize Her.

A FAN OF THIS STORY? CLICK ON Justice League: Cry For Justice BELOW TO BUY THE COMIC ON AMAZON.

In Justice League: Cry For Justice (2010) #6, the JL uncovers Prometheus’ plan: infiltrate and use the Watchtower’s teleportation device to teleport the heroes’ home cities across time and space.

When the JL accepts to let him go, Prometheus gives them the codes to each device in each city. However, Star City’s device was the first to activate leading to destruction in the city. After the death of Lian Harper, Speedy’s daughter, Ollie avenges him.

In Justice League: Cry For Justice (2010) #7, he locates Prometheus and strikes an arrow through his head. Later, during his trial, Dinah ends their marriage. In the end, Ollie is acquitted of murder charges.

5 thoughts on “DC Day: With Ollie On Trial For Prometheus’ Murder, Dinah Ends Their Marriage”