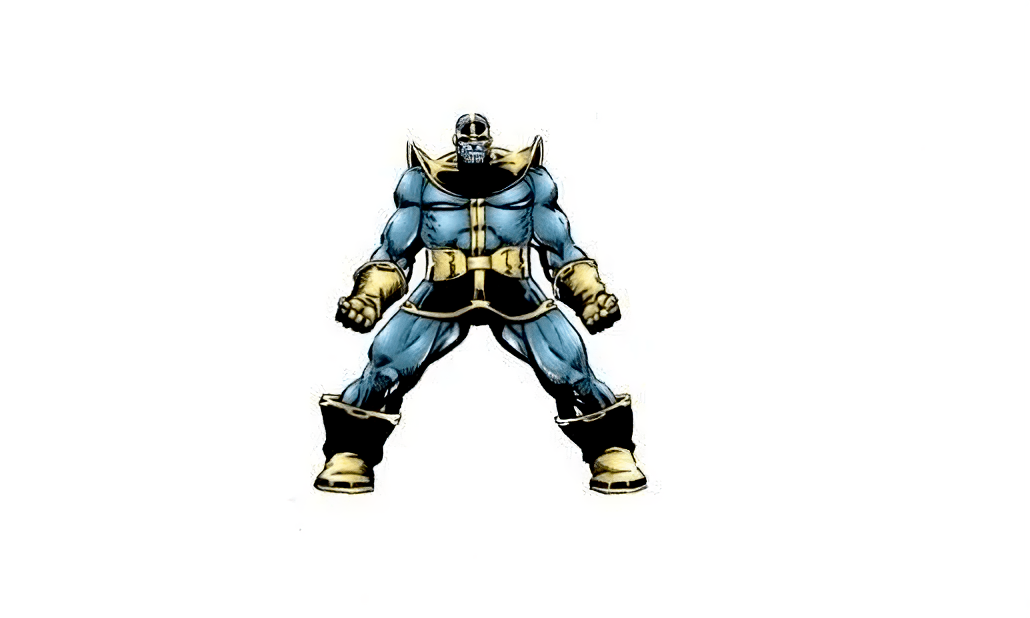 In Marvel Universe: The End (2003), Thanos gains the Heart of the Universe. Eventually, Thanos makes a sacrifice to save the Universe.

With the power source, Thanos effectively becomes omnipotent. Though the act is admirable, let’s list the reasons why the story is non-canon.

To begin, the first apparent reason is the changed history of pharaoh Akhenaten. Indeed, the basic elements of his story remain the same as Earth-616 continuity. Importantly, he was pharaoh in Egypt and was born in Thebes.

Then, he married Nefertiti. Outrageously, he stopped the polytheistic worship of Amun. Instead, he imposed the monotheistic religion of Aten. Due to his blasphemy, the gods of Egypt cursed him. After, his history diverged.

In 1334 B.C., while in the Valley of the Kings, he was taken by aliens known as the Celestial Order to be one of their chosen representatives. Initially unable to grasp his situation, Akhenaten was driven mad. Upon regaining his wits, Akhenaten was taught of the Heart of the Universe, a powerful cosmic artifact that would turn those who possessed it into a living god on par with the most powerful cosmic entities in the Marvel Universe. His mind danced with insanity for nearly 2000 years as he struggled to understand the scope of the astral revelations showed to him by the Order. He spent one century to master the Heart’s powers and two thousands years to earn the Order’s trust.

4. THE HEART OF THE UNIVERSE

However, this powerful artifact does not exist in the mainstream Marvel Universe. In fact, it appears it can only act on a specific universe. Though, it allows Thanos to absorb all the cosmic entities even the Living Tribunal, the Marvel Multiversal Judge.

In question, the reality is Earth-4321. When Thanos gains true omnipotence, his senses are heightened to the astral level. Here, he sees all of Marvel Earth-4321’s history and realizes there is a fatal flaw.

Indeed, the continued resurrections of heroes after tragedies have fractured the astral fabric of the universe. For this reason, he laments the Almighty’s actions whom he has replaced.

2. THE ALMIGHTY ABANDONS THE UNIVERSE

In his awesome omniscience, Thanos realizes the One-Above-All has departed the Earth-4321 universe. And unable to repair the fatal flaw, he elects to act in true Thanos fashion: Destroy the universe.

1. THE EDITORIAL TEAM STATED THE STORY IS NON-CANON

In the mini-series, it appears Thanos has the last word. Though he sacrifices himself in the end in order to restore the universe.

Nevertheless, Marvel’s Executive Editor Tom Brevoort has stated that the mini-series is not part of mainstream continuity. Therefore, it is non-canon.

A FAN OF THE REST OF THIS STORY? CLICK ON Marvel Universe: The End BELOW TO BUY THE GRAPHIC BOOK ON AMAZON.

FOR THANOS: HE SACRIFICED HIMSELF TO RESTORE THE UNIVERSE

At the end of the universe, only Thanos is left. Or so we think. In fact, Adam Warlock and Franklin Richards survived in a parallel dimension. Soon, Adam opens Thanos’ eyes to his foolhardy actions. When he realizes what must be done, Mistress Death appears to both.

For the first time, she speaks and congratulates the Mad Titan. With a final farewell, she kisses her lover then disappears into the nothingness. In order to set the universe aright, Thanos realizes he is the fatal flaw that must finally be extinguished. As he restores the universe, Thanos vanishes leaving no memory of his existence.

AGAINST THANOS: HE DESTROYED THE UNIVERSE

In Marvel Universe: The End (2003) #5, Thanos faces the Marvel Universe assembled. However, the assemblage of Marvel’s cosmic entities and heroes is no match for the Mad Titan.

In his omnipotence, Thanos absorbs the heroes, cosmic entities, including Infinity, Eternity, the Living Tribunal and the universe within himself. Nonetheless, Thanos finds himself in nothingness and grieves his actions.

2 thoughts on “Under-Appreciated Heroes/Villains: In ‘Marvel: The End,’ #WeDefendThanos’ Sacrifice As Non-Canon”