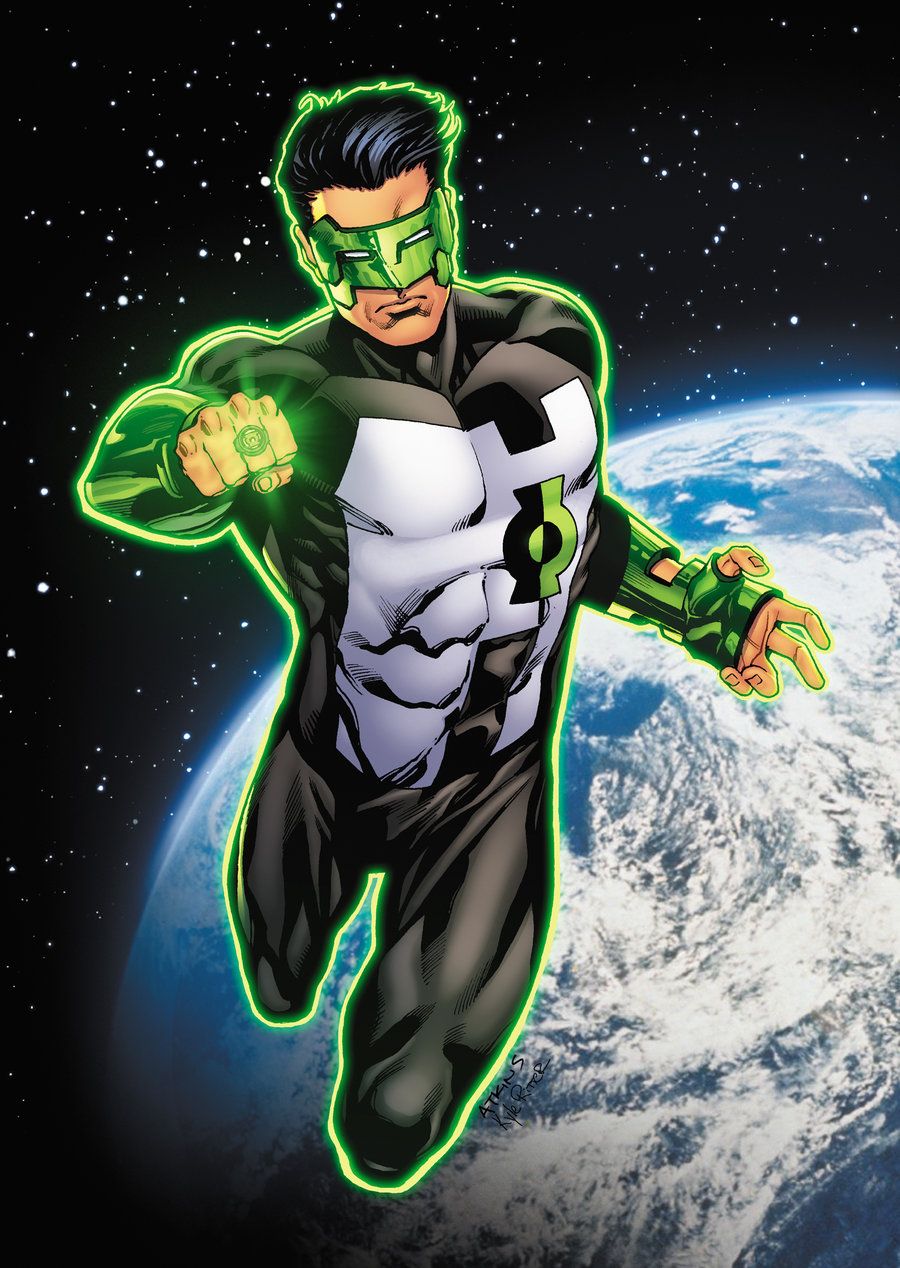 In brightest day, in blackest night,

No evil shall escape my sight.

Kyle Rayner was a gifted but struggling graphic artist living in Los Angeles. When, Hal Jordan became mad over the destruction of Coast City, he went on the murderous rampage and killed the Green Lantern Corps. He also decimated the Guardians of The Universe. Ganthet, the sole remaining Guardian found Kyle and gave him the last Green Lantern power ring. He became … Green Lantern.1

JOINING THE JUSTICE LEAGUE OF AMERICA

Green Lantern struggled to establish himself within the superhero community due to his inexperience, the menace of Parallax and the destruction of the Green Lantern Corps. When Sun-Eater attempted to destroy the Sun, Green Lantern contacted Parallax on the Source Wall. Parallax was able to save the Earth, but at the cost of his life.

Soon after, Green Lantern joined the Justice League of America (JLA). The JLA established its headquarters, the Watchtower, on the surface of the moon.2