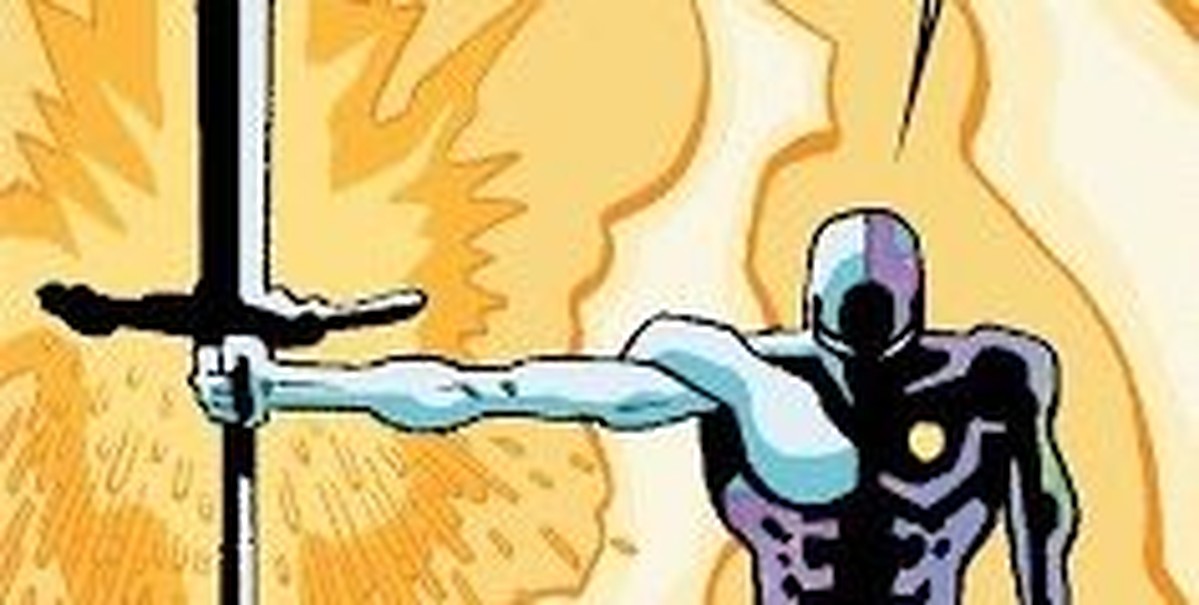 Home » Marvel Day » Marvel Day: How Silver Surfer’s Fight Against Knull Was Among His Most Epic

In ‘Silver Surfer: Black’ #2, Silver Surfer was previously tainted in darkness. At the beginning of time, Silver Surfer had found the god of darkness. In a battle with Knull, the Sentinel was turned into the dark Elder God’s Void Knight. Fortunately, Surfer was freed from Klyntar by the intervention of Ego the Living Planet. Weak from his battle, the Sentinel of the Spaceways was contaminated by the darkness. In fact, his left hand was tainted with the Living Abyss. Growing, the darkness doomed Surfer. In fact, it was a matter of time before the darkness overtook him.

In ‘Silver Surfer: Black’ #3, Silver Surfer seeks to restore his Power Cosmic. Incredibly, Surfer was guided by Ego to the Black Galaxy. There, Surfer identified his benefactor. Near the planet, he asked Ego if he could rest upon it. To which it agreed. While resting, the Surfer noticed earthquakes on the planet. Sensing a problem, he offered to help if Ego helped him fight Knull. Begrudgingly, Ego accepted. Inside the planet’s core, Norrin fought off its antibodies. There, he found the Lifebringer One, a growing Galactus. Horrified, Silver Surfer decides to destroy the future Devourer of Worlds. Later, he relents.

CHECK OUT THE STORY: Stranded On Earth, Silver Surfer Is Reunited With Shalla Bal, Only To Lose Her Again Because Of Mephisto!

In ‘Silver Surfer: Black’ (2019) #4, Ego infuses Silver Surfer with the power of the Light. Previously, Surfer planned to kill Galactus in orer to change history. After an astral conversation with Galan, Norrin changes plans. In fact, he wants to allow Marvel history to take its course.

Having returned to Ego the Living Planet, Surfer communicates him his plan. Telepathically, Ego looks into Surfer’s mind. Then, he connects Surfer to all the life in the cosmos. Infused with the power of Light, Silver Surfer is prepared to battle the approaching Knull.

SILVER SURFER TRANSFORMS HIS BOARD INTO A SWORD AGAINST ALL-BLACK

In ‘Silver Surfer: Black’ (2019) #5, Silver Surfer faces off against Knull a second time. However, this time, the Surfer vows to stop the dark god no matter the cost. During the titanic clash, Knull’s darkness contaminates Silver Surfer even moe. Now, the darkness tainting Surfer covers almost his entire body.

Epically, Silver Surfer transforms his flying surfboard into a sword. Mano a mano, the two warriors appear evenly matched. Indeed, it appears Silver Surfer’s sword is a match for All-Black, Knull’s sword. However, Surfer is reminded that Knull is not a single entity but a horde. Viciously, tendrils lash off the symbiote-dragon. And they engulf Silver Surfer in the darkness. Apparently, the King in Black has won the battle.

Desperately, Silver Surfer shackled by tendrils, senses the end. Forcefully, the darkness seeks to conquer the Light. However, as Knull draws near, the Light stirs the Surfer. Valiantly, he remembers his courage. Incredibly, Silver Surfer creates a sun momentarily reclaiming his light.

In anguish, Knull is incinerated and screams in pain. As the sun glows in the cosmos, Knull is sent away to the edges of the universe. But, Silver Surfer knows the villain will return. Courageously, Silver Surfer seeks to restore the cosmic balance.

6 thoughts on “Marvel Day: How Silver Surfer’s Fight Against Knull Was Among His Most Epic”