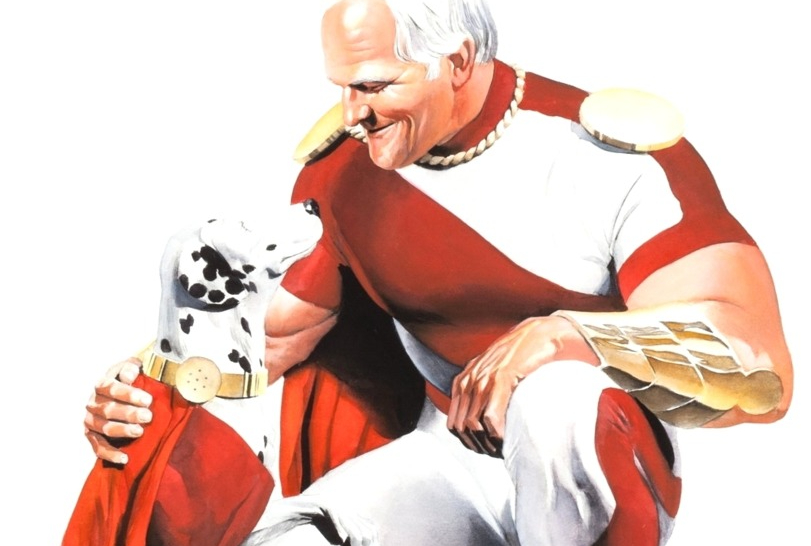 AT DC AND IMAGE, SUPERMAN ANALOGUES GUARD THE BLEED

In Captain Atom: Armageddon, he worked to protect the Wildstorm Universe from destruction. At Image Comics, Supreme and his alternate versions protect the supremacy. Really, similarities between Supreme and Thought Robot suggest his story may have created the Image Universe. Let’s explain.

IN THE STORY OF THE YEAR ALAN MOORE CREATES TEAM SUPREME

LIKE THOUGHT ROBOT, SUPREME’S STORY IS CENTRAL TO IMAGE COMICS

THE SUPREMACY PROVES SUPREME IS A STORY

Like DC’s Limbo, the Supremacy is a form of Image Limbo. At DC’s Limbo dead or forgotten characters exist. At Image’s Limbo, Supreme’s amnesia as well as revisions in his continuity are associated with alternate versions. In addition, it is a form of Limbo for Supreme who was once forgotten on Earth. In many respects, Supreme is a story like Thought Robot.

INTERESTED IN IMAGE COMICS? CLICK ON ALAN MOORE’S: SUPREME: THE STORY OF THE YEAR BELOW TO BUY THE PAPERBACK COMIC ON AMAZON.

In The Story Of The Year, Alan Moore gives a revamped origin of Supreme. Originally, Supreme gained super powers after exposure to Supremium while an infant. Incredibly, he developed the typical powers of a Superman analogue: super strength, super speed, super vision, senses, flight, intelligence.

Importantly, we learnt that Supremium can warp reality. In the case of his arch-enemy, Darius Dax, his experiments with Supremium created a temporal paradox causing him to time travel. In addition, it may have caused Dax’s dimensional transport to Daxia upon death. In fact, it is a form of Limbo containing the possible versions of Dax.

In Final Crisis: Superman Beyond #2, Thought Robot breaks the Fourth Wall. This is the literary process where a character is aware of being a creation in a work of literature. Here, Thought Robot is either aware of the Presence, the Writer or the reader.