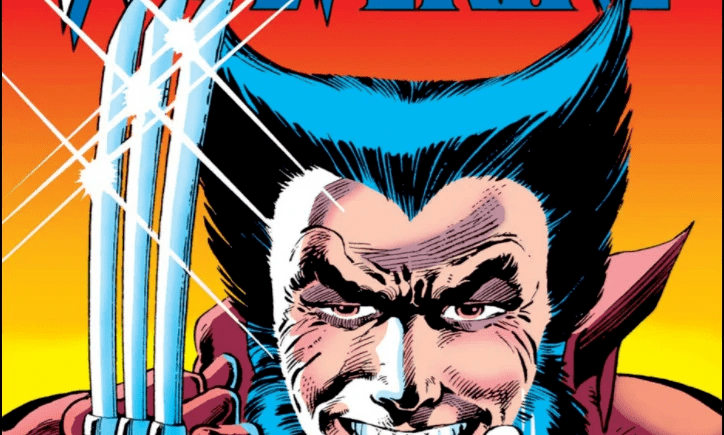 In Super Power Explained: How Do Doomsday’s Powers Work?, we attempted to explain Doomsday’s powers within Superman’s rogues and due to natural forces. Now, in our latest #ComicScience, we attempt to answer a popular #pregunta about the strangest of them all, Wolverine.

PHYSIOLOGICALLY, WOLVERINE IS A HUMAN-ANIMAL HYBRID

Perhaps, the most entertaining question in all of comicdom: How do #LosPoderesdeWolverine work? Though there have been few explanations for Wolverine’s uncanny super powers, the general idea is that they are due to mutations in the X-gene.

When Wolverine first appeared in Incredible Hulk (1974) #180, he debuted with a cameo and a bang. To begin, Hulk was on a rampage on the Canadian border and the Canadian Air Force deployed their secret weapon: Weapon X!

During a clash between Hulk and Wendigo in the forest, a third player makes his surprise appearance. Originally known as Weapon X, we later learn his name is… Wolverine. In the following issue, we learn of the foe’s ferocity and brutality, a match for Hulk and perhaps, #TheMostPowerfulHero.

WOLVERINE IS A HUMAN-ANIMAL HYBRID

During the 1960s, James Howlett (his real name) was enrolled in the Canadian Weapon X program. With his archnemesis Sabretooth, Silver Fox, Maverick, Kestrel and Mastodon they formed Team X. Weapon X was started in order to combat the mutant menace.

Early on, it was found that Wolverine’s unique genetic signature made him a mutant. In fact, his enhanced physiology, claws, senses, speed and strength added to his ferocity. After Wolverine becomes Weapon X, his skeleton is laced with indestructible Adamantium making him nearly invincible.

Particularly, with his enhanced physiology, retractable claws and animal senses it is clear that Wolverine’s evolution displays a hybridization of human DNA and animal DNA granting him various attributes.

For instance, Wolverine is at least as strong as a gorilla. Indeed, he is able to lift an elevator with two human occupants in it, weighing at minimum 2100 pounds or 454 kilograms. At a base level, Wolverine has Peak Human-Level of Super-Strength.

Since Wolverine is a mutant, we theorize that his unique abilities are each endowed from a different animal hybrid DNA, making Wolverine hypothetically able to transcribe and translate part of his junk DNA.

WHY WOLVERINE IS A GRIZZLY BEAR

In one issue, Wolverine is imprisoned by Mesmero in a circus lot. With Wolverine and the X-Men shackled, Logan’s survival instincts rise. Summoning his ferocious super-strength, Wolverine buckles one steel chain. Then, in one overwhelming effort, he destroys the chains.

According to Lifting Safety, a Grade 8/80 with chain size 7mm to 32mm has a mean stress of 800 newtons per squared milliiters. When we calculate, we assume the chains are hollow spheres of 50 millimiters and 30 millimiters outer radius and inner radius respectively.

Certainly, the genetic composition of Wolverine’s DNA remains unknown. At the same time, it is possible that his evolution is both the product of mutation and genetic drift.

COMIC COLLECTOR VOTING FOR X-MEN DAY AND MARVEL ENTERTAINMENT IN PREVEZA TO ENTERTAIN YOURSELF AS A HOBBY ABOUT #THEMOSTPOWERFULHERO IN THE X-MEN AND COLLECT THE X-MEN BOOK? TO #COLLECTONVACATION, CLICK ON BUY ON AMAZON TO COLLECT THE WOLVERINE OMNIBUS VOL. 1 GRAPHIC BOOK AND BECOME THE GREATEST WOLVERINE FAN.

WHY WOLVERINE IS A BIG FELINE

In Incredible Hulk (1988) #340, we have a Hulk vs Wolverine deadly battle. After an accident, Wolverine is on the hunt for Hulk. Suddenly, Hulk sneaks up on him on the crash site and the battle is on!

Certainly, the hype factor about Wolverine is the defining feature of the anti-hero: his foot-long adamantium-laced claws! Let’s talk about why Wolverine may have inherited DNA from a distant prehistoric feline.

Currently, the candidate family of species that possesses retractable claws are the family of felines. These include the big cats like the tiger, the lion, the jaguar or the leopard. Particularly, their claws extend when they contract their paws and retract passively.

Certainly, claws are weapons and indicate predation like hunting, killing and feeding. Though Wolverine may or may not be a predator, he certainly has inherited a predator’s ferocity and their blood lust.

Moreover, Wolverine’s Adamantium claws can slice practically through anything. And Joe Fixit’s skin is durable enough to withstand incendiary missiles. Per our calculations, that’s 6459831520 calories of energy!

WHY WOLVERINE IS AN ALLIGATOR

In the X-Men movie, we learn about Wolverine’s remarkable abilities. Particularly, Logan’s mutation grants him a remarkable healing factor and an uncanny ability to regenerate limbs upon injury.

Although there are multiple animals that display this uncanny ability, it seems the closest ancestor to Wolverine’s genetic mutation is the alligator. Let’s explain.

In fact, other mammal species such as the Pliny mouse have demonstrated this ability. However, in Wolverine’s case, it is tied to his animalistic behavior and his violence. Certainly, the alligator is a choice because as an amphibian he is a close ancestor of vertebrates.

At the same time, it also explains Wolverine’s remarkable ferocity and berserker rage. Definitely, Wolverine is also an alligator, can survive 15 minutes without air and can swim.

Other super powers of Wolverine’s include his enhanced senses, his super speed and his mysterious healing factors. Though explanations are lacking, it is possible that they are all the results of the process of genetic hybridization. In the end, Wolverine is more animal than man.

1 thought on “Super Power Explained: How Do Wolverine’s Powers Work?”

Celebrating Comic-Con to entertain yourself and why Hulk has the best fanbase? Buy Mark Ruffalo Autographed The Incredible Hulk #1 Comic Cover 8×12 Photo to own a valuable piece of comicdom! You can add it to your collection as a memorable piece of American culture.

For the collectible, click on Mark Ruffalo Autographed The Incredible Hulk #1 Comic Cover 8×12 Photo to buy the cover on Amazon and become The Most Powerful Hero.