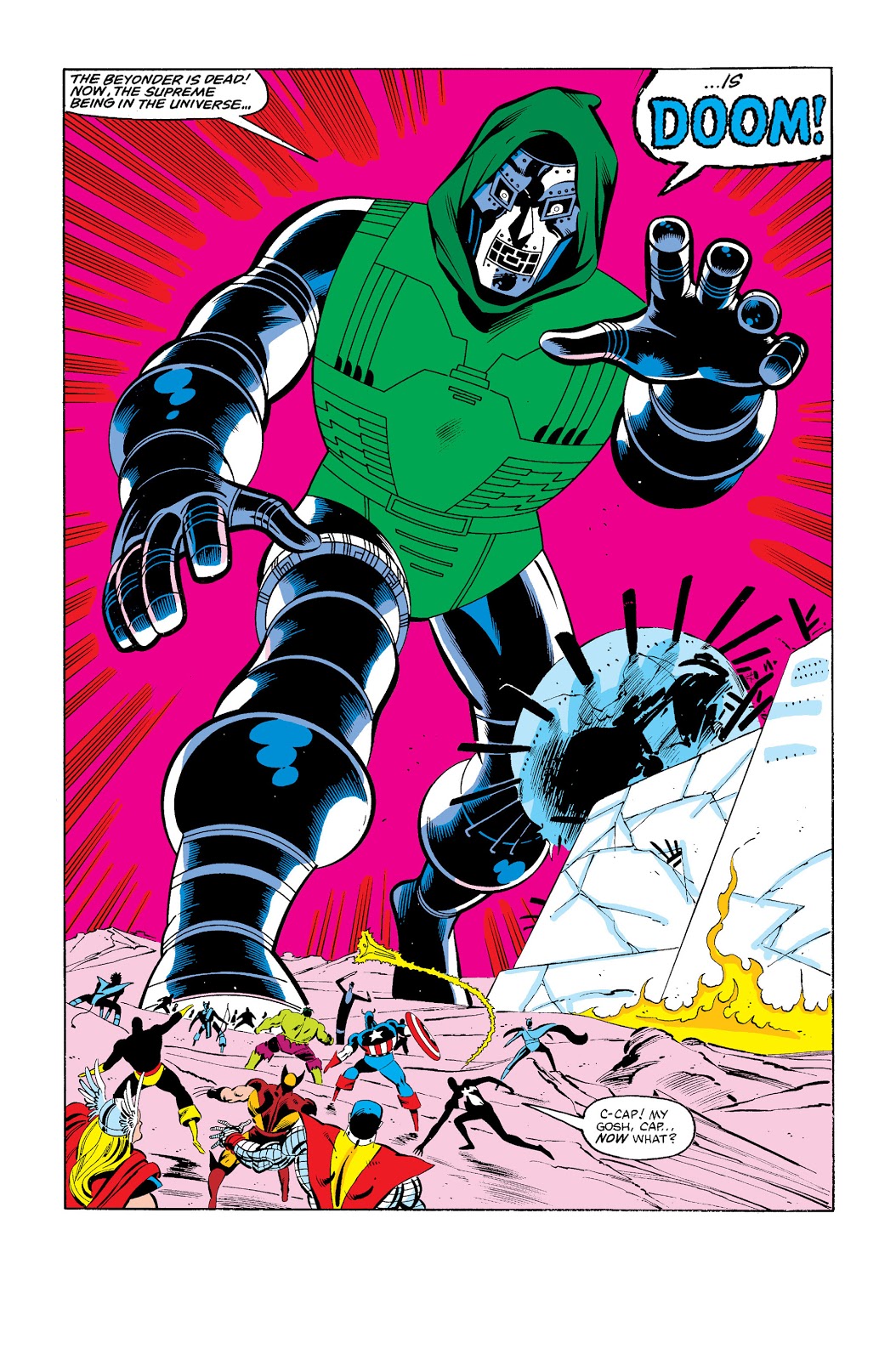 Interviewed by leukemia survivor KJ Ricci, Stan Lee revealed Doctor Doom is his favorite supervillain. The legendary writer said he does not see Doom as a villain and would like to clear his name.

DESTINED TO RULE THE WORLD

In “Doomwar”, Doctor Doom manages to steal the Vibranium from T’Challa’s Vibranium Vault. Before he can claim what his heart truly seeks, Doctor Doom must pass a test. He must prove to the god Bast that he is truly pure of heart. Uncannily, Doctor Doom does pass the test.

Doctor Doom opens his soul and shows Bast he has faith. With his sorcery, he has peered into millions of possible futures and has seen that the only future where humanity is at peace, is Doomworld. Perhaps, Doctor Doom is pure evil.

Few beings on Marvel Earth are equally adept at science and magic. Using sorcery and tech, Doctor Doom lives in both world. A super-genius, Doctor Doom once contended for the title of Sorcerer Supreme against Doctor Strange.

In ‘Doctor Strange & Doctor Doom: Triumph & Torment’, Genghis tests the most powerful sorcerers on Earth for the title of Sorcerer Supreme. In the trial, it comes down to a final showdown between Doom and Strange. Ultimately, Doctor Doom fails the trial and only for Doctor Strange to use his astral form free Genghis’ spirit from his crystal and to be declared Sorcerer Supreme.

SUPREME BEING OF THE MARVEL UNIVERSE

In ‘Marvel Super Heroes Secret Wars’ (1985) #10, Doctor Doom stole Galactus’ and Taa II’s power in order to battle Beyonder. In the Beyonder’s Realm, it was a hopeless battle. Finally, Doctor Doom was defeated.

Miraculously, in a contest of willlpower, Doom resisted the Beyonder’s dissection, overpowered him, and stole his power. For a short while, Doctor Doom became the Supreme Being of the Marvel Universe.

In a classic story from the ’60s, Doctor Doom proves his grandiloquence by trapping Silver Surfer and stealing the Power Cosmic.

In great Jack Kirby’s style, Doctor Doom utters his grandiloquent speech to challenge the Devourer of Worlds and world domination.

NEXT: WHY DOCTOR DOOM IS MARVEL’S GREATEST VILLAIN. AUGUST 3RD 2021.