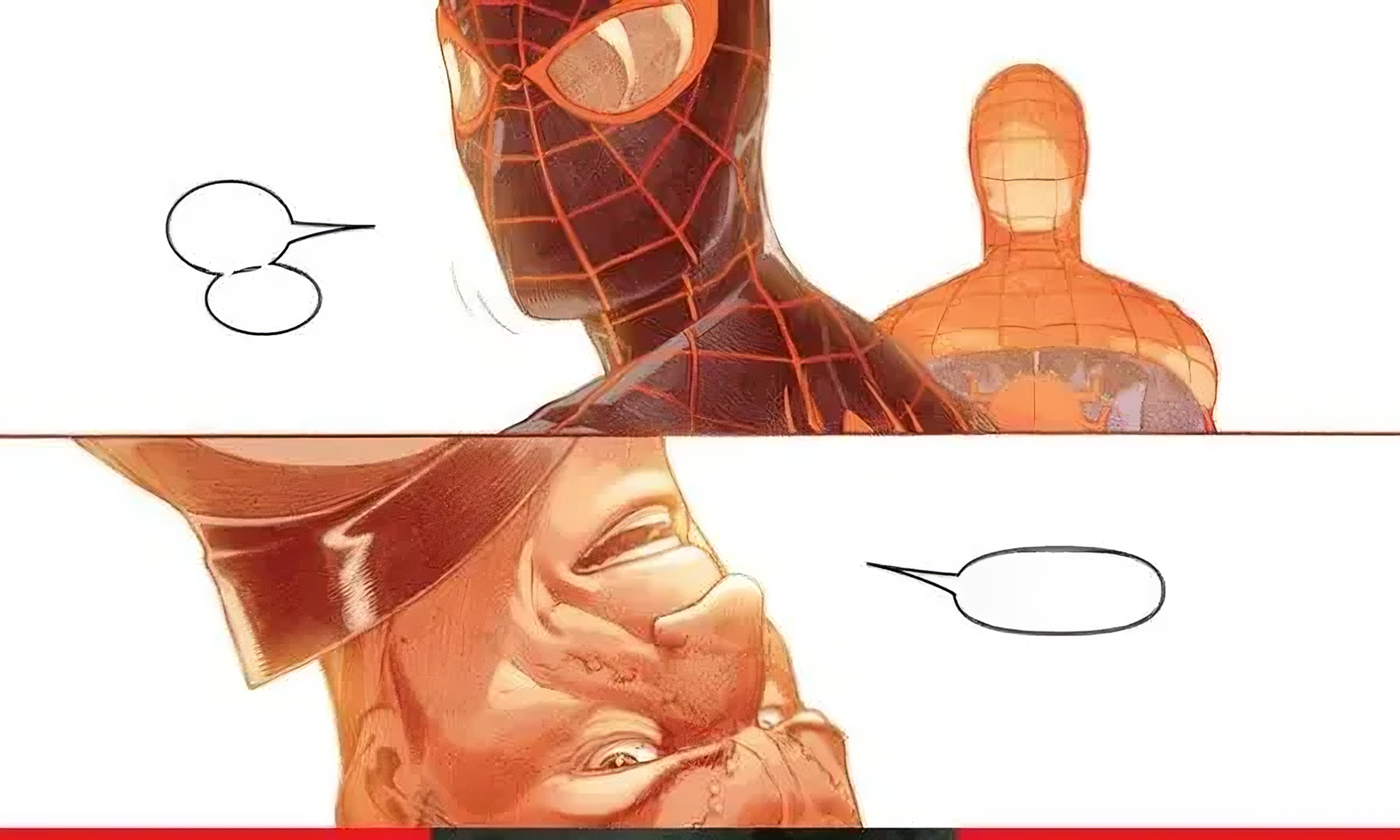 During the incursions between Earth-616 and Earth-1610, Mister Fantastic built the Future Foundation Life Rafts to transport the survivors to the incursion points. Suffering a hull breach, they nevertheless survived and were transported to Battleworld, created by Doctor Doom. On Battleworld, Doctor Doom was worshipped as God on a world of controlled chaos. There, the Life Raft and the Cabal opposed Doom’s reign. In the end, Doom was defeated and Molecule Man destroyed Battleworld, rebooting the mainstream Marvel universe. In the end, the Ultimate universe was no more.

In ‘Secret Wars’ (2015) #6, the Maker’s and Reed Richards plans are set into motion. Miles Morales and Spider-Man go off to the White Room to find Doom’s source of power. There, in front of Molecule Man’s statue, they find Valeria, Doctor Doom’s daughter on Battleworld but who is actually Reed Richards’ daughter. After a brief discussion with her, the two Spider-Men enter the white room. Inside, they find Molecule Man there who asks them if they brought him something to eat. Surprisingly, Miles Morales takes out a three week-old hamburger from his pocket and gives it to Molecule Man.

A FAN OF THIS STORY? CLICK ON “SECRET WARS” BELOW TO PURCHASE THE COMIC ON AMAZON.

VENOM WARNS THE MAKER SEEKS TO RE-CREATE THE ULTIMATE UNIVERSE

Able to travel between dimensions, the Maker returned to the Ultimate universe, which was destroyed. Then, Eddie uses his super powers to meet simultaneously the Avengers, Quiet Council of Krakoa, the Guardians of the Galaxy, Silver Surfer and other groups to warn them tat the Maker will likely return to conquer Earth-616. In fact, this task has been commissioned him by the Interdimensional Council of Reeds. In all likelihood, it is possible the Ultimate universe was rebooted after “Secret Wars.”

7 thoughts on “Fan Theory: Miles Morales In The Mainstream Marvel Universe Means The Ultimate Universe Was Rebooted After Secret Wars”