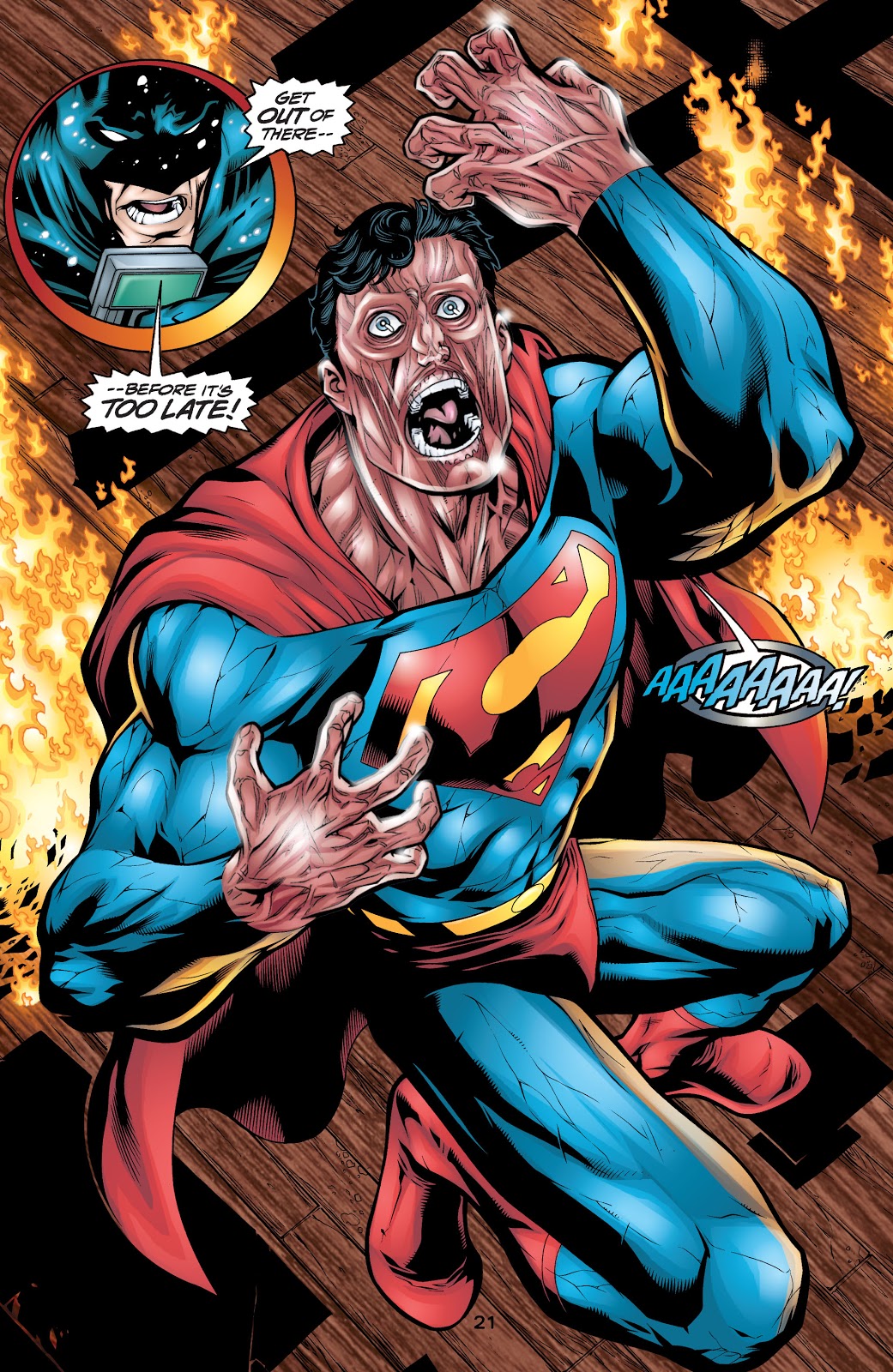 In ‘JLA’ #43, Batman discovers the effects of mad science. Visiting his parents’ graves, Bruce Wayne finds out that their graves are empty and their coffins have been stolen. Faced with such a mystery, let’s wonder on the horrors of mad science.

Batman investigates the mystery and traces the theft to the sub-continent of Asia. The World’s Greatest Detective ends up at the nefarious headquarters of the wealthy and resourceful super-villain Ra’s Al Ghul and the League of Assassins.

In ‘JLA’ #43, Ra’s Al Ghul laments species’ extinction over the Earth. He blames it on mankind’s parasitism and its exploitation of the Earth’s natural resources. What he fears are new extinction events on Earth caused by human activity. Whether that justifies his mad science is clearly in the negative.

In ‘JLA’ #44, the Justice League of America is under attack! Superman is working in Metropolis and realizes that everywhere people are reading scrambled words. Ra’s Al Ghul reveals to Batman in his mad science that his scientists have found a way to cause a global dyslexia in an effort to bring about an end time. And Batman’s parents? He plans to use the Lazarus Pit to raise them! But Batman had to be occupied by his parents’ coffins’ theft for Ra’s to implement his mad science.

CHECK OUT THE STORY: IN A FIRST ENCOUNTER WITH SUPERMAN AND SUPERGIRL, BRAINIAC INVADES EARTH

BATMAN’S MAD SCIENCE IS CONQUERING THE JUSTICE LEAGUE OF AMERICA

Ra’s Al Ghul reveals that he stole Batman’s contingency plans. In his mad science, Batman devised ways to stop the members of the JLA in the event that it ever went evil or succumbed to mind control.

Unfortunately, his plans were stolen by Ra’s who used them to incapacitate the JLA in his plan for world domination. In ‘JLA’ #43, Martian Manhunter is turned into a living torch by a rocket fired at him with nanites that transmute trace elements into magnesium.

Plastic Man has been turned brittle, and Aquaman has been fired with a toxin that makes him fear the water he needs to survive. Flash and Wonder Woman head to Green Lantern’s apartment and find he is blind. In ‘JLA’ #45, Martian Manhunter’s scan discovers that Kyle was put under a post-hypnotic suggestion during REM sleep as the assassins slipped his ring on his finger.

Flash and Wonder Woman are attacked by Talia Al Ghul and the League of Assassins. Wonder Woman is attacked with a VR Chip in her brain that simulates combat till she gets a heart attack. Flash has an electrostrobe attached to his spine that triggers epileptic seizures at lightspeed. Superman is crippled by an exposure to a synthetic red kryptonite. Martian Manhunter states that it caused his solar energy to blaze through his muscles and organs.

SHOULD BATMAN LEAVE THE JUSTICE LEAGUE OF AMERICA?

In ‘JLA’ #46, the JLA has succeeded in thwarting Ra’s Al Ghul’s ‘Tower Of Babel‘ and in stopping a biochemical virus that kills people on contact. The JLA must deal with the fallout of Batman’s betrayal. Batman’s mad science was a breach of trust that the JLA found the most serious. The JLA votes on whether to keep him a member. Aquaman, Wonder Woman and Plastic Man vote to remove Batman’s membership.

Martian Manhunter, Flash and Green Lantern vote to keep him. Superman cast the deciding vote. Knowing Superman’s vote, Batman left suggesting Superman would decide to remove Batman’s membership. The question raised by his action is put forth by the Flash during the vote: In his mad science, Batman operates on fear, whereas Superman operates on trust. Who is correct?

In ‘JLA’ #43, Ra’s Al Ghul and the League Of Assassins steal the coffins of Bruce Wayne’s parents.

7 thoughts on “DC Day: In ‘Tower Of Babel’, Ra’s Al Ghul Uses Batman’s Mad Science To Take Out The Justice League Of America”