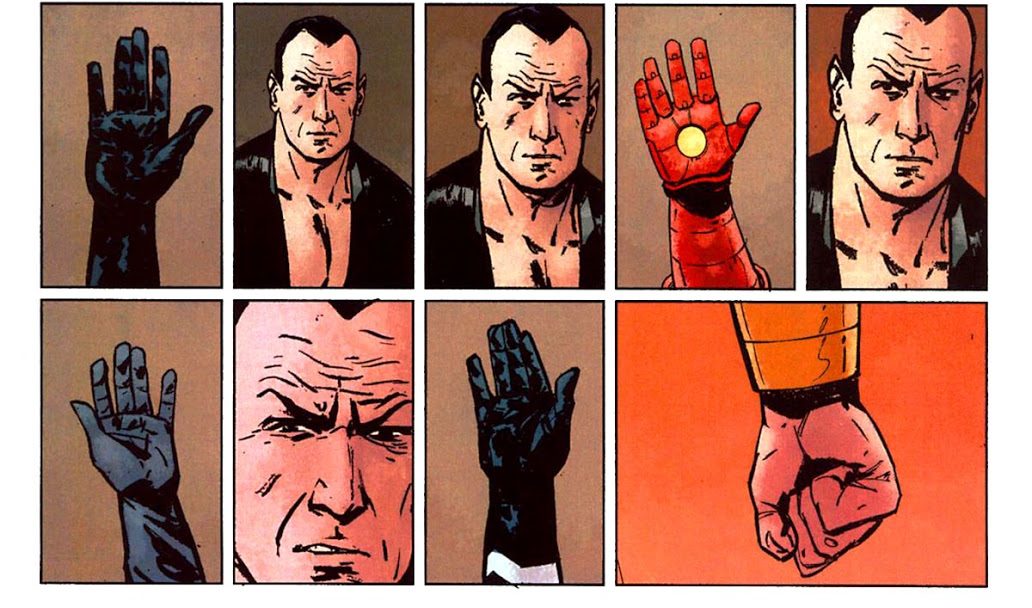 AFTER THE KREE-SKRULL WAR, THE ILLUMINATI FORMS

In ‘New Avengers: Illuminati’ (2006) #1, the Illuminati forms while Black Panther leaves. To begin, Iron Man has convened a secret meeting in Wakanda with Professor X, Black Bolt, King Namor, Mister Fantastic, Black Panther and Doctor Strange. After the Kree-Skrull War, Iron Man believes the disaster could have been averted if the heroes had shared the pieces of information they possessed. In his prescience, Iron Man proposes to gather the different superhero teams together in order to share resources and information.

Forward in the future, perhaps, the Superhero Registration Act could have been averted had the heroes presented a united front early on. Hopefully, he intends to create a planetary law enforcement to the rest of the universe. Unfortunately, the other attendees do not agree. First, Mister Fantastic questions the scale of the “delegation” and a qualified leadership.1 Second, Doctor Strange raises the problem of bureaucracy. Third, Professor X states Iron Man’s proposition is based on the new fear of the Avengers after the War. Fourth, Black Panther predicts that humans and mutant heroes alike would end up hated together.

KING NAMOR VOTES IN FAVOR OF FORMING THE ILLUMINATI

Fifth, King Namor points out that the Avengers have recruited terrorists such as Scarlet Witch, Quicksilver and Hawkeye. In addition, he tells of rumors of a Canadian mutant working as an assassin referring to Wolverine. Finally, he questions whether Black Bolt’s brother who was the architect of the invasion, was executed for his crimes.Nevertheless, Mister Fantastic sees merit in sharing information to save lives.

In fact, Doctor Strange suggests they meet privately and Mister Fantastic agrees for the “big things.”1 For his part, Namor trusts the attendees but asks for secrecy. Though he is hesitant, Professor X agrees to scan the minds of everyone at Iron Man’s request. Decisively, Mister Fantastic decides to put forming the team to a vote. All are in favor, except Black Panther. Sternly, he questions the group’s cohesion and the need for secrecy. Then, he departs.

OPPOSING THE HULK DECISION, NAMOR PREDICTS HULK WILL SEEK VENGEANCE ON THE ILLUMINATI

In a recent rampage in Las Vegas, Hulk killed 26 people and a dog. During the S.H.I.E.L.D. briefing, Maria Hill questions what the heroes are doing about the situation. Similarly, she relates Hulk’s lack of control and sporadic heroism to Spider-Man and his unwillingness to finish off Green Goblin alias Norman Osborn. For its part, the government is looking to blame the heroes for their inaction. Some time later, during “House of M,” the Illuminati convene at the Avengers Hydrobase, a former base of operations.

Sinisterly, Iron Man proposes to rocket Hulk into space on an abandoned planet where he will not hurt anyone. Angrily, Namor accuses the heroes of not doing enough to help cure Bruce Banner and opposes the decision. Strongly, Mister Fantastic defends his work in attempting to cure Thing and dampen Hulk; even, Doctor Strange’s attempts to banish Hulk at the crossroads. In reverse, Namor sees the move as retaliation for the Avengers’ failure to prevent House of M.

Again, King Namor opposes the decision. Prophetically, he predicts Hulk will come back to Earth and he will kill the Illuminati. In fact, he will be correct. Now free, Namor plunges into the waters stating that T’Challa was also correct. Due to “House of M,” Professor X was absent from the vote.

When World War Hulk invaded the Earth, he set up a gladiatorial arena in New York City. In ‘World War Hulk’ (2007) #4, Hulk forces the Illuminati to fight as gladiators. Strapped with Obedience Disks, Iron Man, Mister Fantastic, a “Black Bolt” usurper and Doctor Strange fight against a Devil Korker from Sakaar.

Together, they work in team and manage to defeat the monster. Then, in a twist, World War Hulk activates their Obedience Disks to force them to fight each other to the death. When Mister Fantastic defeats Tony Stark, he fights against giving him the killing blow. Heroically, Tony tells him it is the right thing in order to save billions. Sinisterly, Hulk gives Iron Man the thumbs down.

A FAN OF THIS STORY? CLICK ON “New Avengers: Illuminati” BELOW TO BUY the Kindle & Comixology comic.