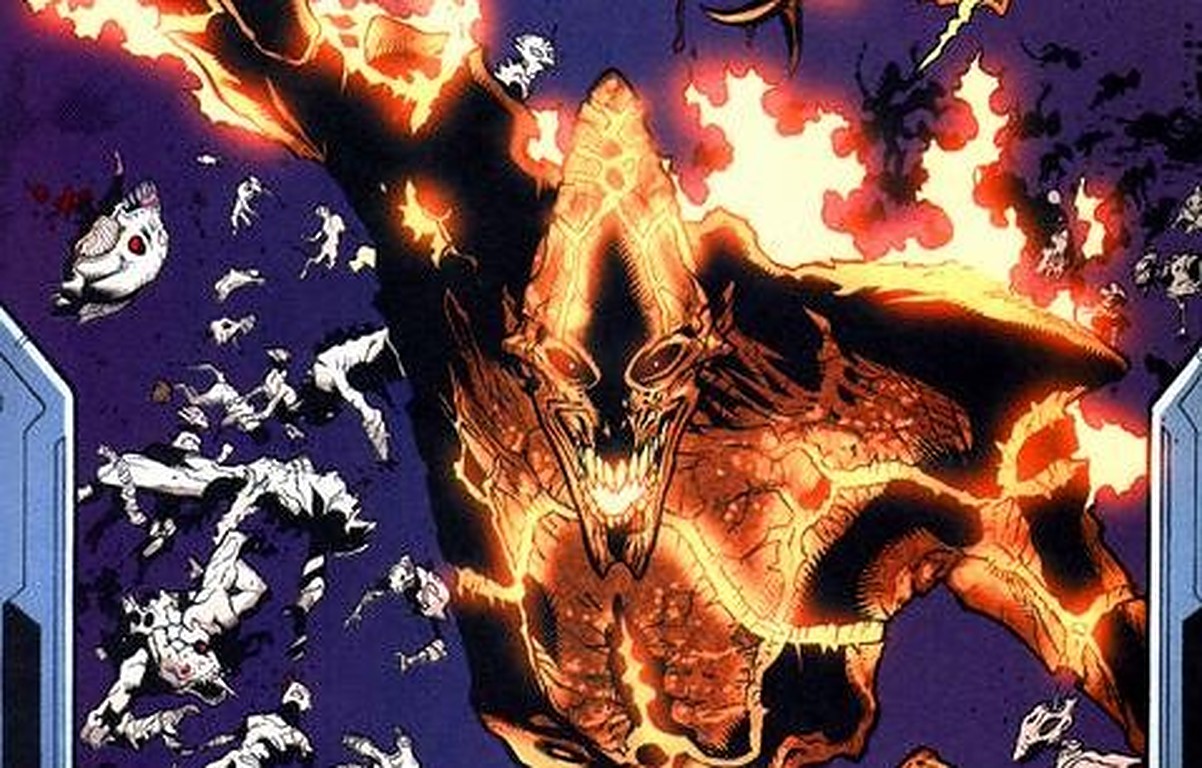 J’ONN J’ONNZ IS THE LAST SURVIVOR OF MARS

Post-Crisis, the 1988 four-issue limited series Martian Manhunter established his modern origin: Martian Manhunter is the last survivor from Mars. Teleported to Earth by Dr. Erdel’s experimental beam, he became a champion on Earth. In fact, J’onn J’onnz was displaced in time and space. Indeed, the Martian race has been dead for years.

OVERPOWERED, J’ONN J’ONNZ HAS THE POWER TO MOVE A PLANET

Notably, Martian Manhunter has been called the Swiss-Army Knife of the Justice League. Regularly, he serves as the League’s telepathic link, strategist, advisor and detective. In fact, Martian telepathy has been able to scan minds, repair damage, contact over vast distances and enter into mental battles. Indeed, J’onn is able to effect his super powers on a vast scale. Even, to the Planetary-Level.

In JLA (2003) #75, Martian Manhunter showcases why he is one of the strongest beings in the DC Universe. In the issue, the Earth is pulled out of orbit by the Atlantean villain Gamemnae. With a spell, Manitou Raven increases the size of Wonder Woman’s lasso. Heroically, Superman, Wonder Woman and Martian Manhunter pull the Earth back into orbit with the magic lasso.

In JLA: Trial By Fire, Martian Manhunter becomes Fernus The Burning. On multiple occasions, Martian Manhunter has been stated to be the most powerful being in the DC Universe. In fact, the Burning Martians were so powerful that the Guardians of The Universe had to genetically suppress them. Thanks to his love for Scorch, J’onn J’onnz overcame his fire weakness. Indeed, he became Fernus who was so powerful that it took the entire JLA to match up to him.

Only Plastic Man was able to take him on mano-a-mano since his brain was no longer organic. Sinisterly, the Burning Martian needed fire and pain from human extinction in order to spawn. Using his love for Scorch, he detonated the nuclear weapons on Earth. Desperately, the JLA managed to destroy them. However, Superman failed to destroy the last one. Catastrophically, the weapon exploded in Chongjin, North Korea.

CHECK OUT THE WIKI: Flash (Wally West) evacuates 532000 men and women from ChongJin within a fraction of a second. November 22nd.

A FAN OF mARTIAN MANHUNTER? CLICK ON JLA: Trial by Fire BELOW TO BUY THE PAPERBACK COMIC ON AMAZON.

WHY J’ONN J’ONNZ IS AN OVERPOWERED BEING

HIS TELEPATHY CAN AFFECT COSMIC ENTITIES

In JLA/Spectre: Soul War (2003) #1, the Spectre is knocked unconscious. Previously, during the Trans invasion, the Spectre had merged with the JLA. Now, the Spectre lies on the floor traumatized. Surprisingly, Batman fears the worst. Amazingly, Martian Manhunter reveals ghosts cannot die. Then, he proceeds to repair the cosmic mind.

AS FERNUS, HE DESTROYED ALL HUNDRED WHITE MARTIANS IN THE PHANTOM ZONE OFF-PANEL

In JLA (2003) #86, the JLA battle Fernus for the first time. On the lunar Watchtower, they find Superman phased onto the Justice League table. Soon, Fernus attacks them. Eventually, Batman revives Superman and Manitou Raven opens his mystical eyes. For the first time, Superman sees the enemy: Fernus!

Fortunately, the JLA manage to escape the attack. Soon, they regroup at the Fortress of Solitude. There, Superman plans to use the Phantom Zone Projector. First, the Leaguers must check on the White Martians imprisoned there after Terror Incognita.

Shockingly, the Leaguers find Fernus with the butchered corpses of White Martians. Behind Fernus, they are floating in the Phantom Zone. Though the genocide occurred off-panel.

Per our calculations, Fernus performed a Galaxy-Level feat of Energy Projection.

J’ONN CAN REGENERATE FROM A HEART ATTACK

In JLA: Paradise Lost, Heaven is under attack by Asmodel’s and Neron’s demonic armies. To seek revenge against the JLA and the angel Zauriel, Asmodel makes an alliance with the demon Neron. At the Watchtower, Asmodel attacks Martian Manhunter. Brutally, he leaves J’onn for dead and departs seeking Zauriel.

Later, the JLA find the comatose Martian Manhunter. In JLA: Paradise Lost (1998) #3, J’onn J’onnz has a near death experience. As matter of fact, Batman has a plan and enlists Aztek’s and Flash’s help. In theory, J’onn’s Martian physiology is a complex immune system at the molecular level. With Flash’s Speed Force, it is possible to excite J’onn’s molecules, reviving his immunity and invulnerability.

J’ONN CAN AMP HIMSELF TO DEFEAT HUNDREDS OF INCOMPLETE AMAZOS

At CBR, J. Richland Anderson writes All Of Martian Manhunter’s Powers, Ranked. Indeed, he ranks matter absorption as fourth on his list.

In the Rebirth continuity, J’onn has amnesia issues. In Year Of The Villain, the Justice League are working to locate Lex Luthor. As matter of fact, he is in league with the cosmic villain Perpetua to find the Apex Predator.

Incredibly, Martian Manhunter amps himself, growing in size. As he does, he barrels through the hundred of incomplete Amazos. In conclusion, they realize Ivo is also a robot. Also, Lex Luthor is alive.

4 thoughts on “Overpowered Beings: As Fernus, J’onn J’onnz Is #AWeaponOfMassDestruction Spawning In An Extinction-Level Event (‘JLA: Trial By Fire’)”