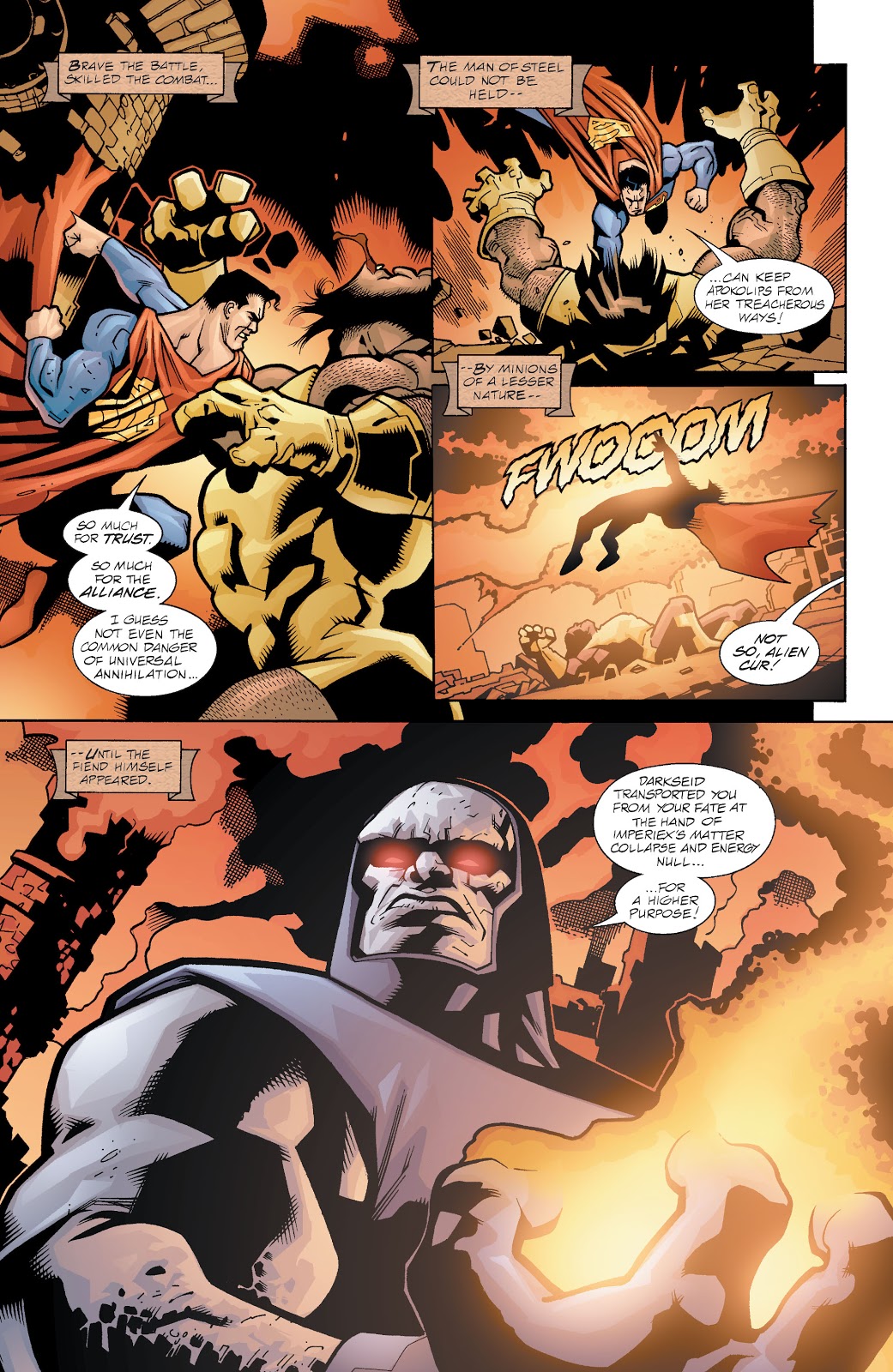 Darkseid’s Omega Effect is the New God’s ultimate super power. Being a New God, Darkseid derives this super power from the Source. The ability is probably an extension of the chaotic power of the Source.

What does this mean?

The Omega Effect is Darkseid’s power to create or destroy from the chaos aspect of the Source. In post-crisis continuity, the Source is the boundary to the DC multiverse and its creator.

The Godwave was a mystical wave of energy, created by The Source, that swept across the cosmos, responsible for creating various pantheons of gods. As it spread it eventually reached the edge of the universe and rebounded, making a second pass that created the potential for Superhumans. Thus, it was responsible for creating the likes of the Speed Force, the Quantum Field and the energy channeled by the Guardians of the Universe. In time, the resonance created by the Godwave began to expand and contract whereupon it returned to The Source. This expansion and contraction began to affect the powers of various beings throughout the universe. As a result, the cosmic energy force began to tear apart the structures it had created whereupon it would wipe the universe clean bringing about the emergence of a new and terrible Fifth World to replace it.

THE OMEGA EFFECT GRANTS DARKSEID POWER OVER LIFE AND DEATH

The Omega Effect grants Darkseid the power to erase beings from reality and re-create them at will. It is thus a reality-warping power. The New God derives this super power from the chaotic side of the Source.

Darkseid’s Omega Effect is particularly destructive. It is able to destroy planets and even hurt Superman-level foes such as Kryptonians and Daxamites.

In fact, the Omega Effect is able to hurt even other New Gods such as Orion and Highfather. The Omega Effect grants Darkseid the power to hurt or to negate powerful magic such as Wonder Woman‘s Aegis bracelets.

FEAT OF THE DAY: IN ‘FINAL CRISIS’ #7, DARKSEID FIRES THE OMEGA SANCTION SENDING BATMAN THROUGH TIME

7 thoughts on “Super Power: Darkseid’s Omega Effect Is A New God Power That Grants Its User Power Over Life And Death”